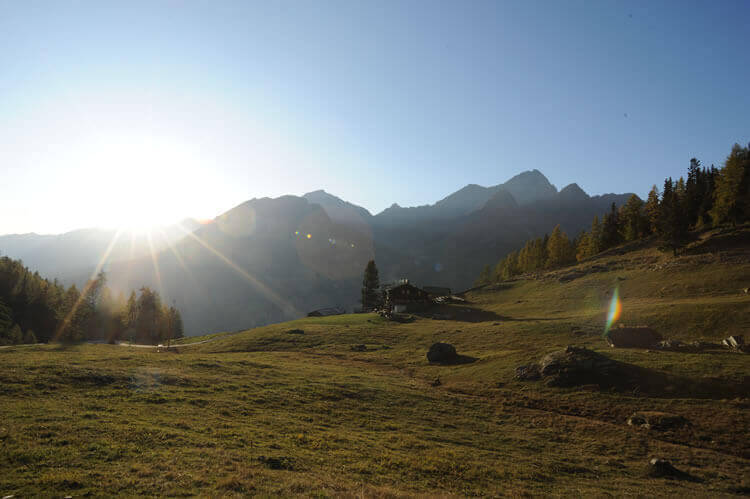 The ancient Walser settlement of Soussun, built in 1500, is located at 2000 m altitude in a small valley above Champoluc, the main centre of Val d’Ayas, with the backdrop of Monte Rosa peaks.

The ancient Walser were a population originary from the Swiss side of these mountains. Their commercial routes took them to the italian side, where they often settled, leaving us many small hamlets as signs of their passage.

The hamlet of Soussun has been inhabitated since the beginnig of the past century, and has come to us in a perfect state of conservation. All its parts are as they were centuries ago: the ancient oven, the chapel, and the original rascard, houses made with stone and wood, with the typical funghi(“mushrooms”, so called due to the characteristic shape) that divide the lower stone section from the upper wooden one.

We are open from 19 June